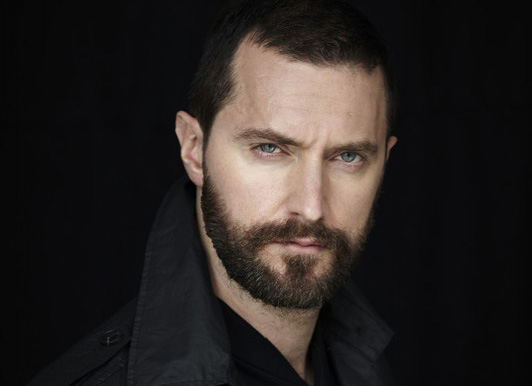 CLEARANCE tells the story of a hardened mine clearance expert Ray (Armitage) who, together with his pregnant partner Kate (Harris), is leaving war-ravaged South Sudan to start a new life back in Europe. On their way to the airport, they are kidnapped by Bosco, a notorious warlord. Kate, together with the friends travelling with them, is taken hostage, whilst Ray is given just 2 hours to cross a vast minefield, and navigate a ruined booby-trapped compound to retrieve a mysterious case. Bosco’s trusted lieutenant Eric, a brutalised child soldier, is sent to guard Ray on his deadly mission. With many lives at stake, can Ray hold his nerve, and can Eric rediscover his lost humanity in order to do what’s right?

Umedia are launching sales at next week’s Cannes market. Peter Rogers commented: « We don’t see many scripts as strong as CLEARANCE: a smart action film, set against an interesting, topical background. It’s a tense, thrilling and emotionally hard-hitting story that we think audiences will love. »

Ryan Haidarian said: “We’re thrilled to have the stellar talents of Naomie Harris and Richard Armitage come together around such a strong piece of material helmed by the masterful Aku Louhimies. » »We are so excited about Richard and Naomie signing onto the project and know that they will bring the raw authenticity to traverse the thrilling world of CLEARANCE, » added Andrew Corkin.

Umedia is a vertically integrated film group with 100 staff based in London, Brussels, Paris and Los Angeles. It combines activities of production and financing, VFX, international sales and Benelux distribution. Since its inception in 2004, Umedia has invested over $500 million and has been involved in over 230 films, including multi-Academy Award-winning THE ARTIST, GRACE OF MONACO, JOHN WICK, and KIDNAPPING MR. HEINEKEN.

Umedia co-produces 30-40 films each year, invests $70M in productions as well as majority or fully financing and producing 4-6 features. Currently in development there is a wide range of projects all with a strong commercial edge such as UNIVERSAL WAR ONE with screenplay by Skip Woods (X-MEN: WOLVERINE), PRICELESS directed by Tom Bezucha (THE FAMILY STONE) and EXIT 147 with Mandalay, directed by Academy award nominee Mike Figgis (Leaving Las Vegas), with Taylor Kitsch.