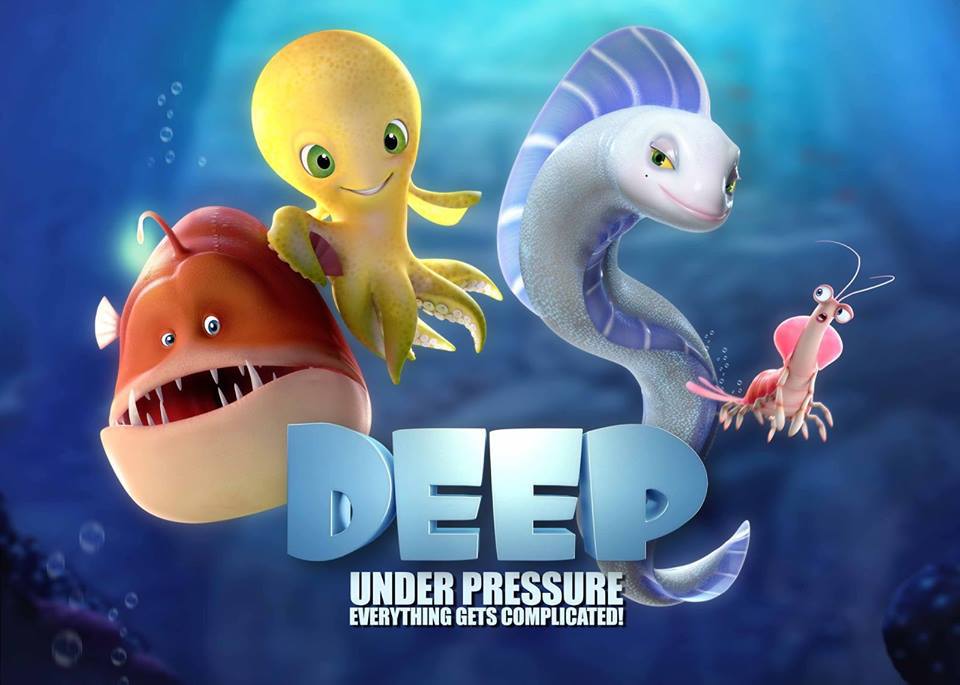 The full programme of the Annecy International Animation Film Festival is revealed and the Feature Film “Deep” is in the “Out of competition” selection.

Umedia coproduction “Deep” will be presented to the audience during the Annecy International Animation Film Festival.

The Spanish animation film is directed by Julio Soto Gurpide’s and tells the story of Deep and his friends in a deep-sea world of the future. The characters are forced to find a new home dealing with the most hilarious situations along the way.

Directed by Julio Soto (creator and director of Disney Channel’s FLUFFS!), the movie is the new project of Spanish animation studio The Thinklab, produced by Adriana Malfatto and Jorge Bazaco (PLANET 51) with character development by SPA Studios (DESPICABLE ME), and scriptwriting by Mike de Seve (SHREK 2, SHARK TALE). The movie is coproduced by Umedia.

Annecy Festival will take place from the 12th to the 17th of June, 2017, this year it is more than 200 films that have been shortlisted to take part in the official selection. Check it out the whole selection here.